"If I, wearing it, were to command you, you would obey, even if it were to leap from a precipice or to cast yourself into the fire."
-Frodo, The Two Towers
Marius Bota 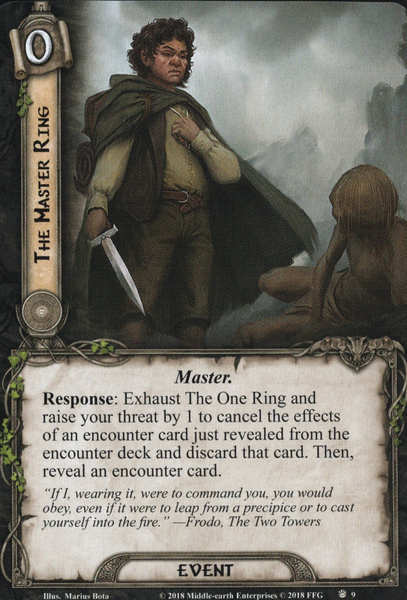