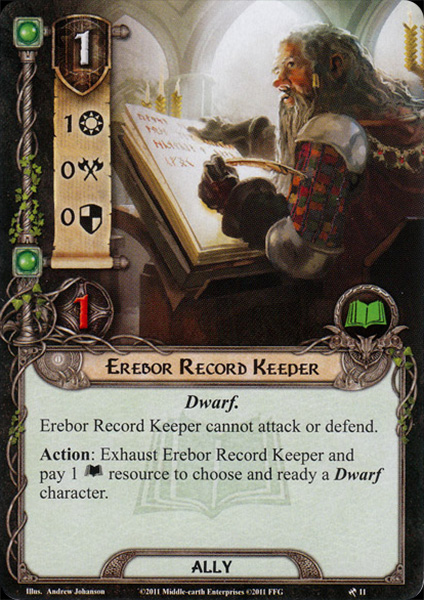 The only 1-cost dwarf (Sellsword doesn't count.) Ideal opening card for dwarf swarm decks that hope to get to five ASAP. He could've just been a vanilla ally and still seen play for that reason, but his ability gives him value even late-game. Imagine using him to ready your giant Erebor Battle Master for an extra 10 attack. Great insurance for Dain also - treachery exhausts him and now you're 8 short? Nope, up you go. He may even prove useful outside of dwarf decks as long as they have one decent target, such as those that aim to build a giant Gimli.