"The Bounders have never been so busy before."
Sam Gamgee, The Fellowship of the Ring
Aleksander Karcz 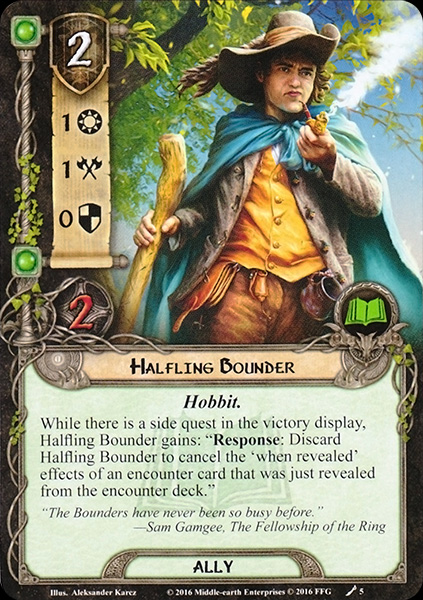 Halfling Bounder is essentially a slightly more nuanced Dunedain Lookout. They have similar abilities, similar stats and cost, and were both released in the same cycle. However, the former can cancel the "when revealed" effects of any encounter card, while the latter applies only to enemies. But because Halfling Bounder needs a side quest in the victory display to trigger its ability, it is slightly more difficult to use. The end result is pretty self-explanatory: use Halfling Blunder in a side quest deck, and Dunedain Lookout in any other one. They're both solid cards, and occasionally their respective abilities can be game-saving.