Combat Action: Choose a Beorning ally with printed cost 3 or more in your hand or discard pile. Discard Beorning Skin-changer to put that ally into play. 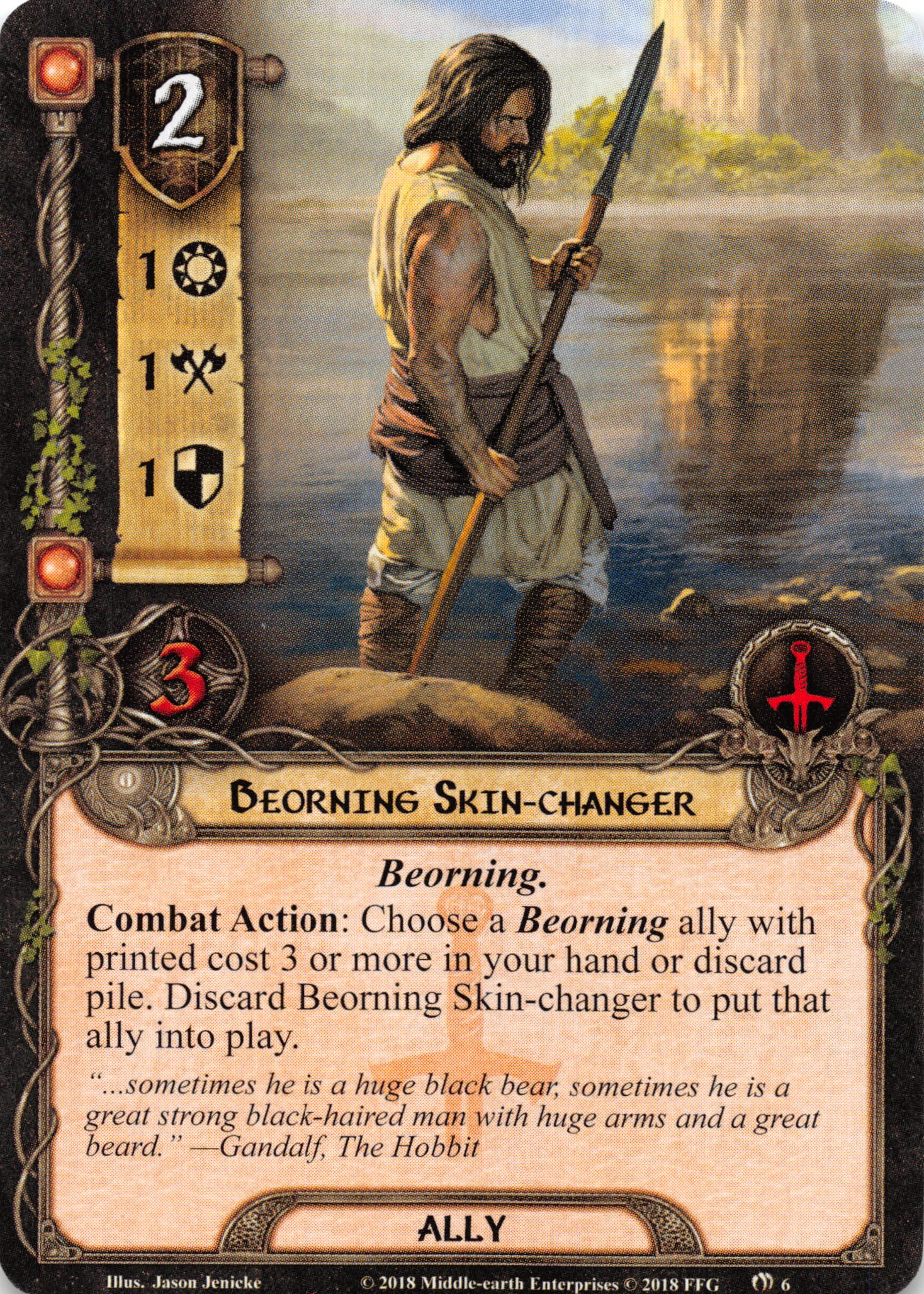 When I first saw this card, I immediately knew that he was gonna be great, but just how great came to a surprise to me. What went right over my head was the fact that his abilities' trigger is a combat action. I thought "oh, he's a way to save resources on beornings, cool" but there's more to it than that.

It lets you quest with him before bringing in an beast Giant Bear or Beorn. In , 1 is great, anything helps in that sphere. This let's you choose if you want to transform him this round or wait and quest with him for another round.

Another thing that is great about him is that his ability let's you put in beornings from your discard pile. It doesn't restrict you to just cards in your hand which combos well with other beornings like Beorning Guardian(I think).

Also, it's nice that they are adding more resource "generation" in the other card types besides leadership.

Way better than I expected.