Action: Ready Giant Bear. At the end of the phase in which you triggered this effect, shuffle Giant Bear back into your deck. (Limit once per phase.)

"As a bear he ranges far and wide."
Gandalf, The Hobbit
Brendan C. Murphy 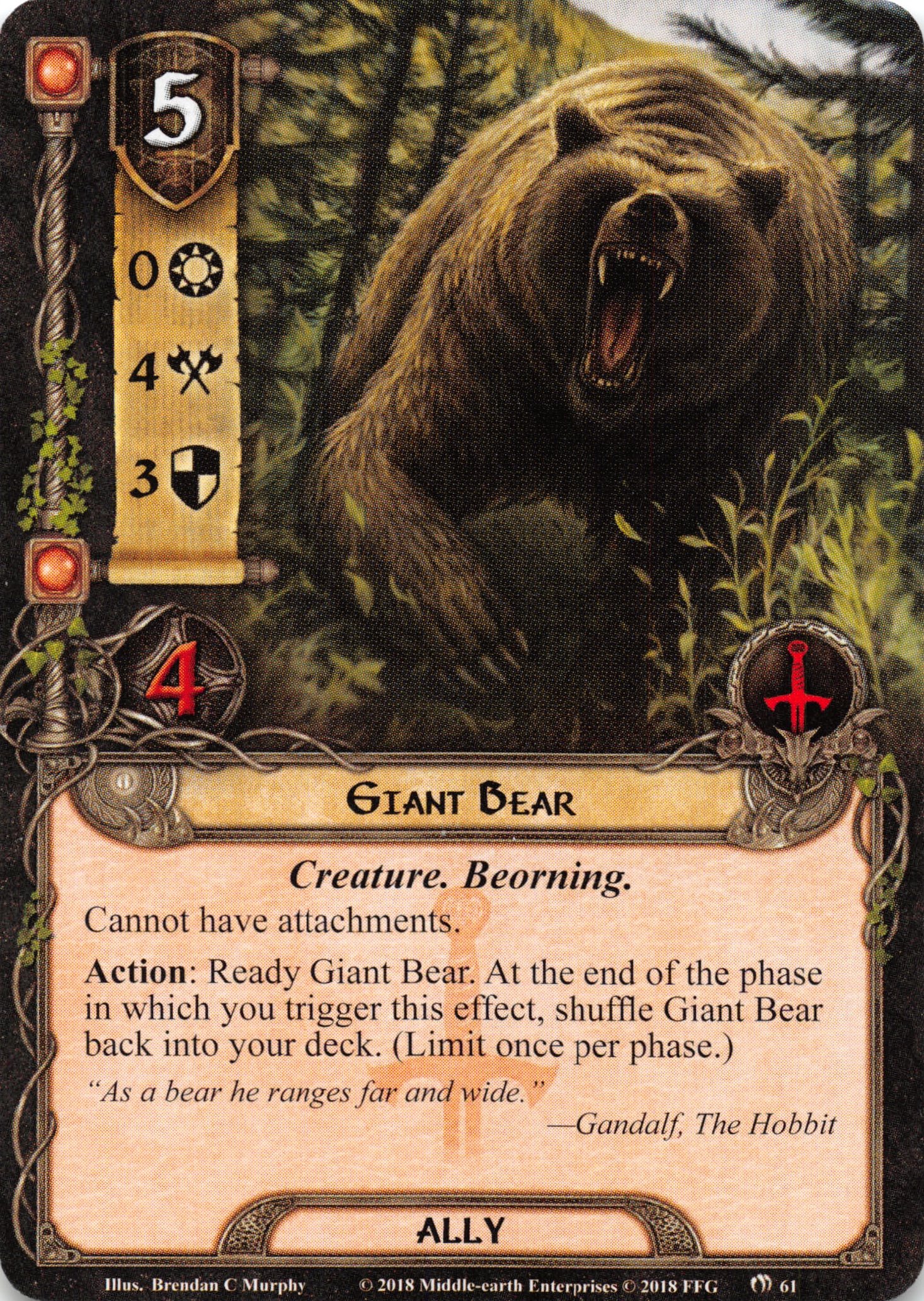 I’ve had a lot of success with this bad boy in a beorning deck. I would consider him to be the second best if not best target for a Beorning Skin-changer to transform into, the other target being core Beorn. You save 3 bucks and get a beast of an ally(no pun intended).

Even just to pay for this guy for the five resources would be worth it. You get a four attack ally which is very high for an ally and a great defender too.

He is also very eligible for a Sneak Attack or A Very Good Tale to just stay in for a phase trigger his ability and leave. He can be used similarly to core Gandalf in that way.

He is very tough to take down.

There are also many options in the sphere to pay for this guy for cheaper such as Hirgon, who lets you also give him a boost to and you want, there is also Mablung which works great because you will be triggering his ability consistently in a combat heavy deck like the beorning archetype.

He could also be included in any deck lacking in attack power such as the hobbit decks or scout decks or quest/location control decks.

All in all, this is not an ally to overlook when making a deck.