Response: After Galion enters play, he gets +1 until the end of the round.

"Here am I waiting and waiting down here, while you fellows drink and make merry and forget your tasks. Small wonder if I fall asleep from weariness!"
The Hobbit
Torbjörn Källström 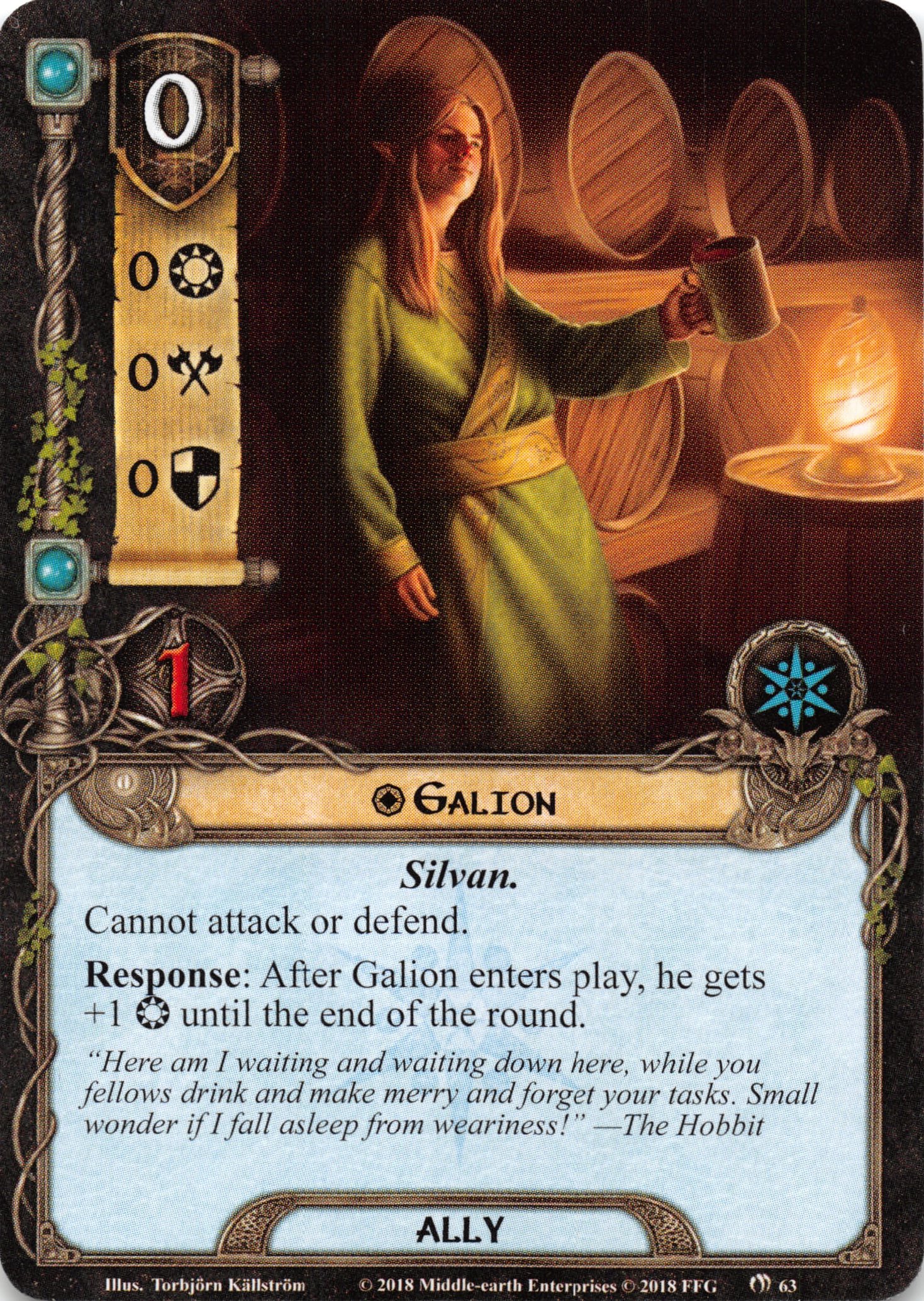 When I first got this card, I chuckled. A drunk elf that gives you one round of 1 questing power, and then does nothing unless you have some general willpower boosting ally like Faramir out. What a pointless card!

Then I played a Silvan deck, and found Galion, in fact, to be a fantastically useful card. He's a prime target for any of the Silvan cards that use return allies to your hand, since you can keep dropping him back into play for free. When coupled with Celeborn you can get 2 questing each round for free, while also using him to 'pay' for cards like The Tree People and The Elvenking readying. Plus, you're probably playing him with Galadriel to have spirit access, and so he doesn't exhaust to quest each turn he comes into play.

This is all useful throughout the game, but particularly valuable early, when Galion helps you get your Silvans going on the cheap. Galion ends up being the glue that allows you to keep all those fantastic Silvan effects rolling without using up all your resources putting an elf back in play every time you trigger one of those effects, while also providing a respectable 2 questing power each turn (with Celeborn), all for the low cost of 0.

A lesson learned about underestimating a tipsy elf.