Setup: Attach to a hero.

Attached hero gets +1 while attacking with another Rohan character.

"Rise now, Meriadoc, esquire of Rohan of the household of Meduseld!" -Théoden, The Return of the King
Romana Kendelic 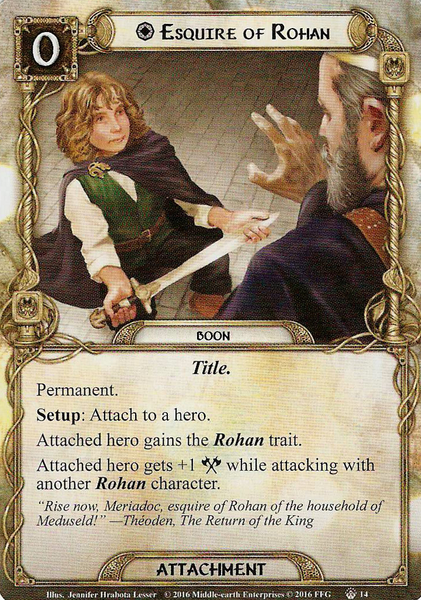