Response: After Thorin Stonehelm is declared as an attacker, discard the top card of your deck to deal 1 damage to an enemy engaged with you. 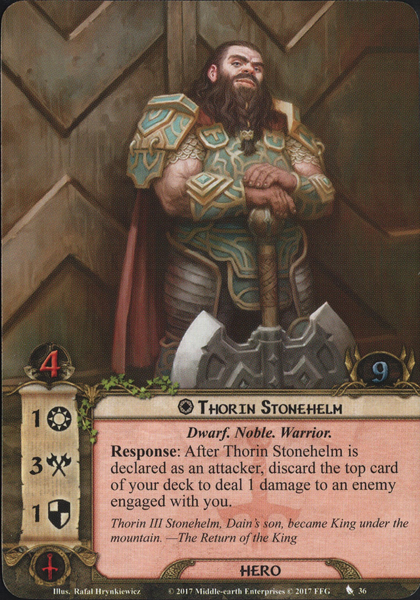