The Muster of Rohan

While paying for The Muster of Rohan, each Rohan hero you control is considered to have a icon.

Planning Action: Search the top 10 cards of your deck for up to 4 Rohan allies and put them into play. Shuffle your deck. If any of those allies are still in play at the end of the round, discard them.

Challenge of the Wainriders #62. Spirit. 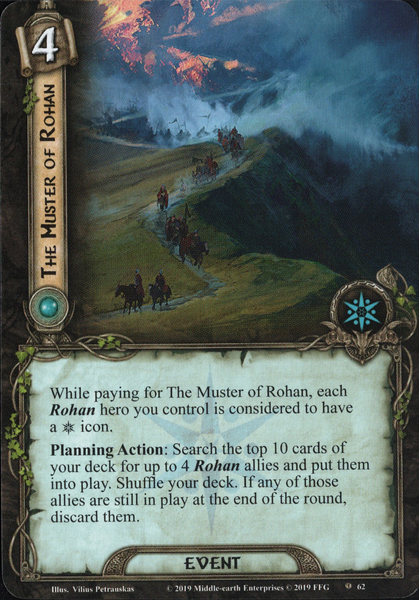