Response: After a shadow effect is triggered during combat, exhaust Round Shield to give attached character +2 for this attack. 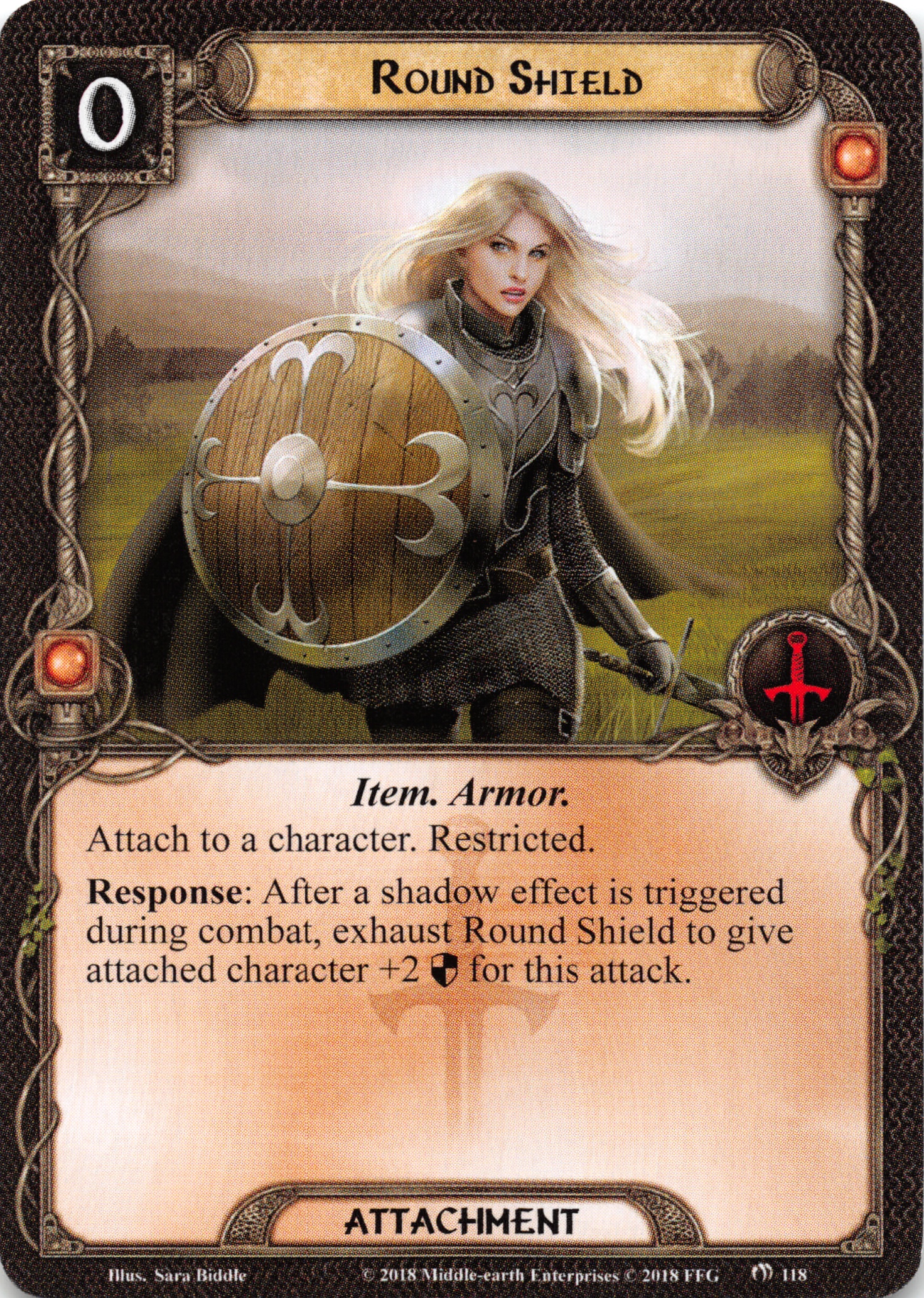 Does triggered mean a shadow card is revealed or does it mean the shadow card resolves? What I’m asking is can you keep the shield’s +2 DEF benefit but still cancel the shadow effect through Hasty Stroke, Sterner than Steel, Balin, Erkenbrand or some other method?

Looks like the answer is yes. The language of all those shadow cancellation cards talks about the shadow triggering as what allows the cancellation to happen. This makes Round Shield quite useful given its cost, especially early on where other options might not have yet presented themselves. I’m guessing that a third to a half of shadows are the ones that raise the enemy’s attack, so Round Shield works as a repeatable cancel against them. And for the other shadows, a boost to DEF can’t hurt.

Nystrum 23
Round Shield is the easiest restricted card to play on heroes and allies, it has no requirements at all. This makes Round Shield a great way to power-up War Axe and get Three Hunters Contract fully activated. — Nystrum 23 1/30/22