A Journey to Rhosgobel #51. Leadership. 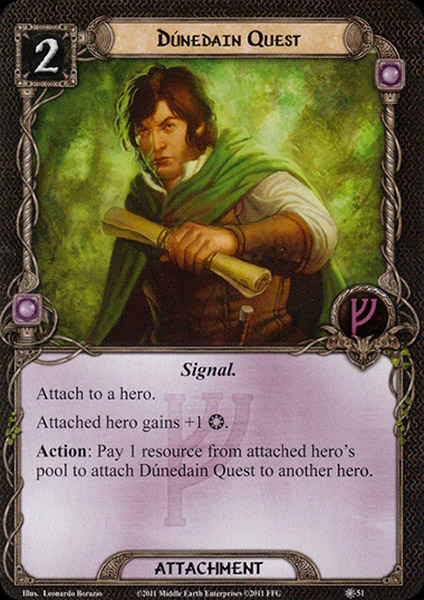 Dunedain Quest is essentially a slightly better version of The Favor of the Lady. Two resources for one willpower isn't that good of a deal. Of course you could go down the " resources are cheaper!" road if you wanted to. It's ability rarely sees play, because barring some "cannot commit character to the quest unless X" effect, it doesn't matter who gets the willpower boost. Really just a lackluster card that won't be doing much.