Action: Discard a Rohan ally to choose a location. Place 3 progress tokens on that location.

"Death! Ride, ride to ruin and the world's ending!"
Éomer, The Return of the King
Erfian Asafat 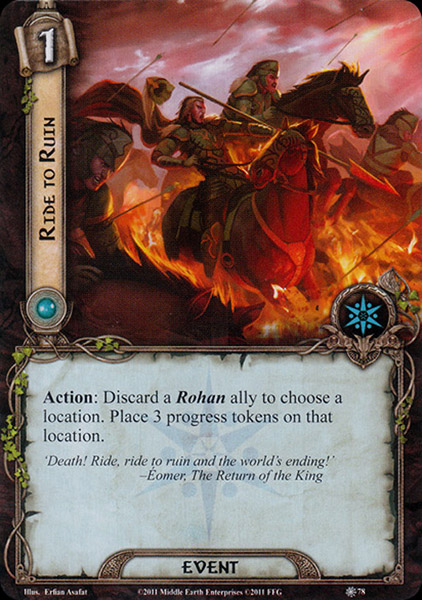 Ride to Ruin is a very good card, but doesn't capture the epicness of the moment it's inspired from. Let's just call it one resource for three progress since you'll probably get a benefit from losing that Rohan ally. I don't now anyone that wouldn't want that, especially considering the fact that it can explore a location before quest resolution.