Action: Until the end of the phase, all Rohan characters get +2

With astonishing speed and skill they checked their steeds, wheeled, and came charging round. The Two Towers
Anna Christenson 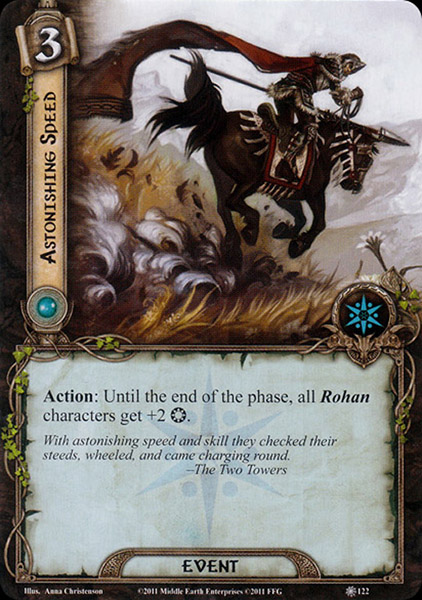 Astonishing Speed has the potential to trivialize any quest phase. I don't think many players would hold onto three resources for this, but if they do, you're in for a treat. It does have the Rohan trait restriction, but would you put it in your deck if it wasn't chock full of Rohan allies? One last, off-topic point, that's a lot of dust coming off the ground