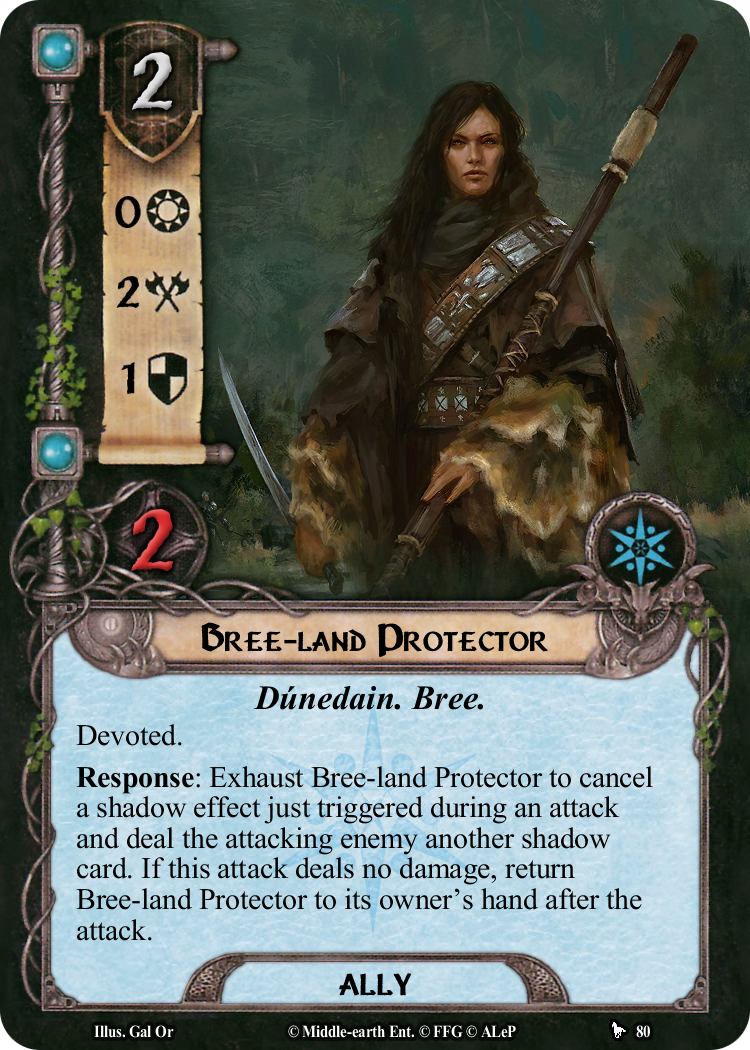 This card indicates why fan cards are too good. It takes the power level of the best attacking spirit ally (Knight of Belfalas) and adds two useful abilities. First, devoted is helpful for Dunedain decks which need shadow protection, but it does not help with much else. This brings me to the second ability - its great. Getting Balin's ability for free on a 2 cost ally is insane. While making sure damage is dealt can be tricky in some decks, paying 2 resources for this ally the next turn is totally worth it. In short, this card has insane stats for spirit and an epic ability. Fan cards, I love you, but you're just too good.

LEGOlas 83
This is exactly the problem I'm having with the ALeP content. The cards work really well . . . too well. There is no challenge, and oftentimes they render vast portions of the original card base obsolete — Swordthatwasbroke 611 6/1/22
Easy enough to exclude them. It's nice they exist but I hear you. — Raiderjakk 44 6/2/22
It might be worth pointing out that these ALeP cards come alongside new quests as well. If there is a concern about them being too strong, you can always limit their use to the ALeP quests. Then who knows, maybe they'll surprise you. Sometimes the theorycrafting doesn't pan out when the cards actually hit the table. — Seastan 35419 6/3/22
Take also this into consideration: if this card had had only 1 Attack or had cost 3 there is a decently high chance it would not have seen play. How many people are playing say Dunedain Watcher. — Alonewolf87 1585 6/3/22