Glorfindel gets +2 while attacking alone.

Glorfindel gets +2 while attacking a unique enemy. 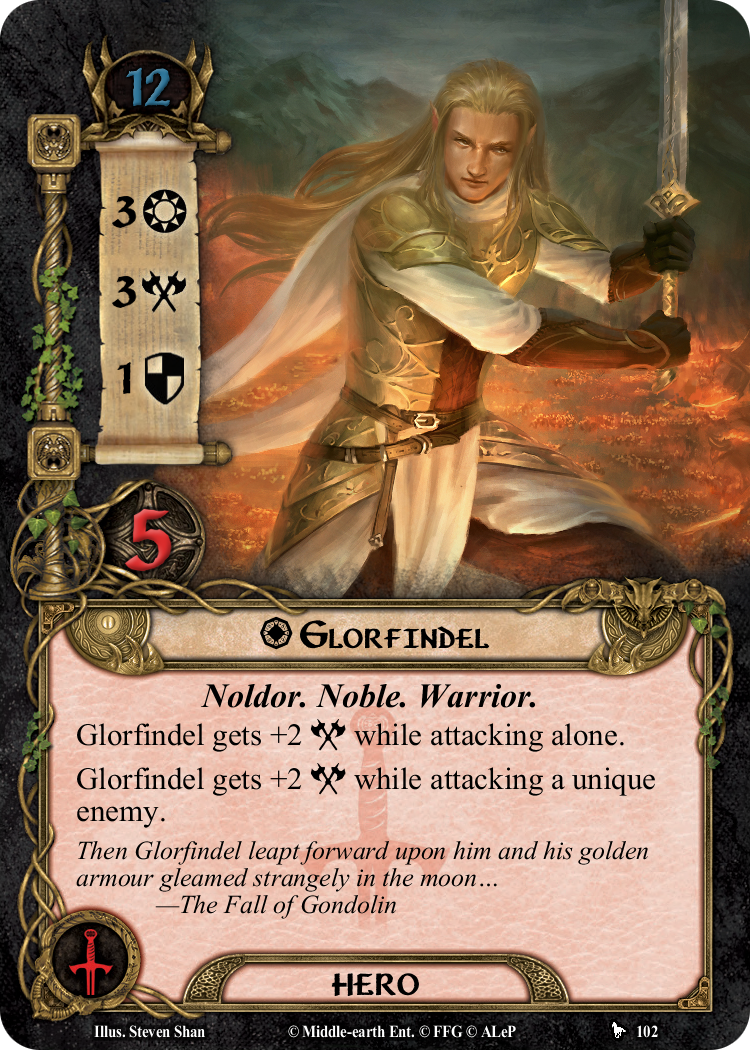 Why has nobody reviewed this card yet? I love this card, and I know it just came out, but it is one of my favorite cards. Let's set up the scenario, you have Chieftain Ufthak in your staging area. He has been sitting there for 3 rounds, waiting for you to engage him, and your threat just hit thirty-five. You know you have to engage him, but you just can't. You need Denethor to defend, and all of your other heroes, and allies are exhausted. You have Glorfindel though, and since he will be attacking alone, and be attacking a unique enemy, he attacks for seven. Glorfindel deals four out of the six damage needed to take down Chieftain Ufthak. If you put Blade of Gondolin on him, then he will attack for eight when attacking a unique orc enemy alone. Glorfindel is one of my favorite characters in the Lord of the Rings series, and he is so good in this game.

Hope my review was helpful,