Attach to a or Rohan hero. Restricted.

Response: After attached hero participates in an attack that destroys an enemy, exhaust Rohan Warhorse to ready attached hero.

Their horses were of great stature, strong and clean-limbed... -The Two Towers
Jeff Lee Johnson 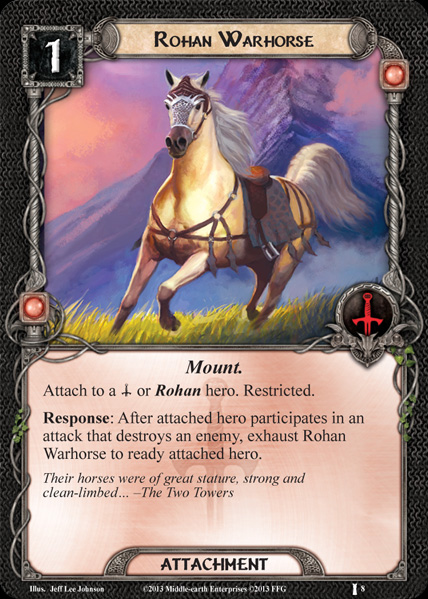