Event. Cost: 4.
This card was errata'd 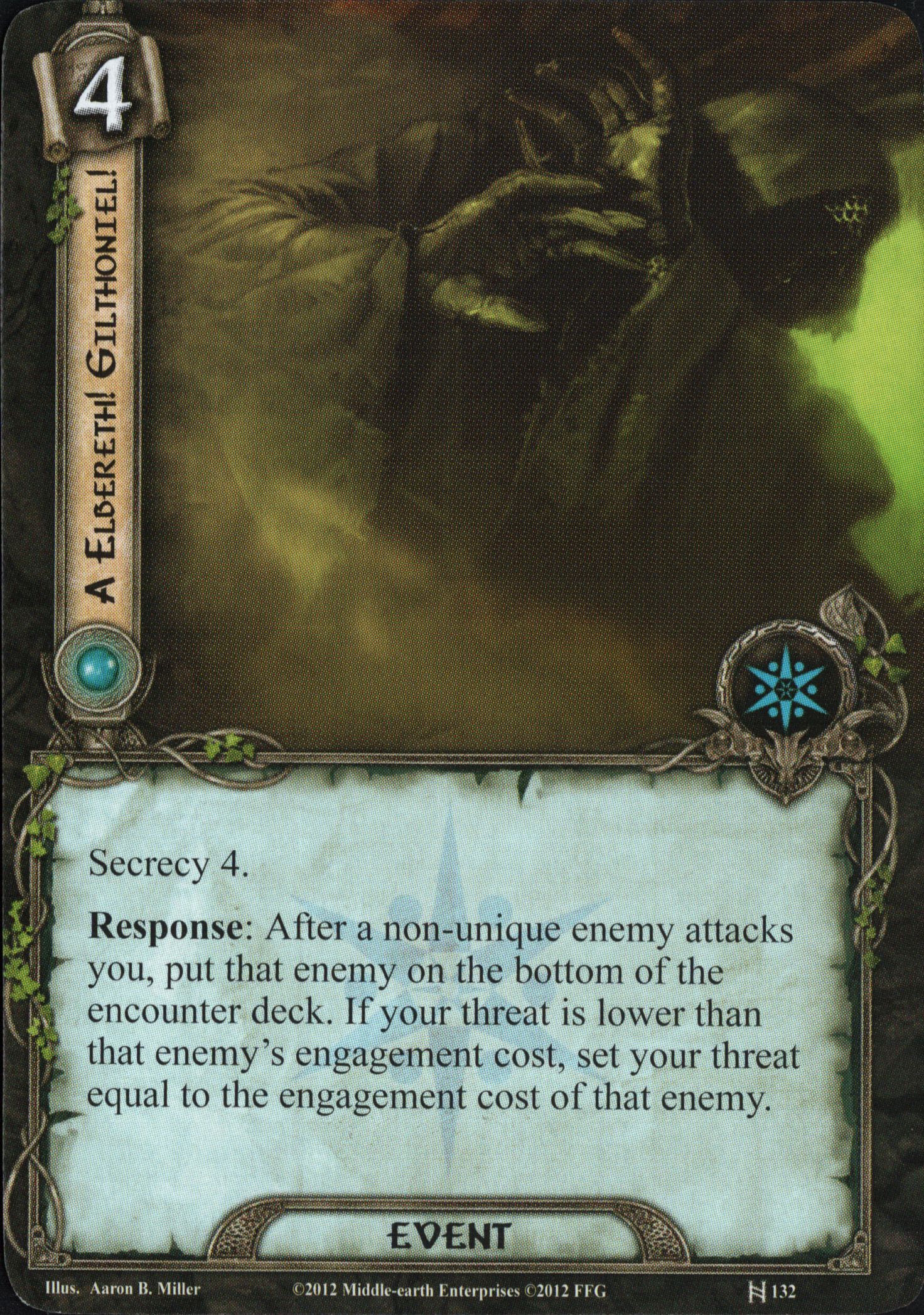 A Elbereth Gilthoniel is another one of those cards that is horrendous at full cost, and awesome in secrecy. Many eligible decks don’t even use it in secrecy, because the threat setting is so counter-productive to the secrecy deck. However, when you think about it, it’s really not that bad. If the enemy is engaged with you, it’s engagement cost is probably lower than your threat; because if it wasn’t; you would leave it in the staging area. So basically, this card kills an enemy for free in a secrecy deck. Provided you can weather one attack from it of course. Try it out next time you play a secrecy deck!

Wandalf the Gizzard 1991
Could you put your threat down by using this after you've played Vanish from Sight? — Ensign53 7 4/10/20
Caleb ruled this combo works as described [on the FFG forums](https://community.fantasyflightgames.com/topic/219748-vanish-from-sight-o-elbereth-gilthonial/?do=findComment&amp;comment=2289200) from FFG user donkler &gt;Me: &gt;Rules Question: &gt;I have a question about Vanish from Sight and O Elbereth! Gilthonial!. Let's say my threat is 45, I only have 2 heroes, and I play Vanish from Sight in the combat phase, so my threat is now treated as 20. Then I play O Elbereth! Gilthonial! on an enemy attacking me that has an engagement cost of 25. Would I then move my threat dial down to 25 to match the enemy?    &gt;Caleb: Great question. You would indeed set your threat to 25 in the situation you describe. — kattattack22 644 4/10/20