Response: When an encounter card is revealed but before resolving any of that card's keywords or "when revealed" effects, choose a character committed to the quest. Ready that character and remove it from the quest.

"Don't be hasty, that is my motto." Treebeard, The Two Towers
Mike Nash 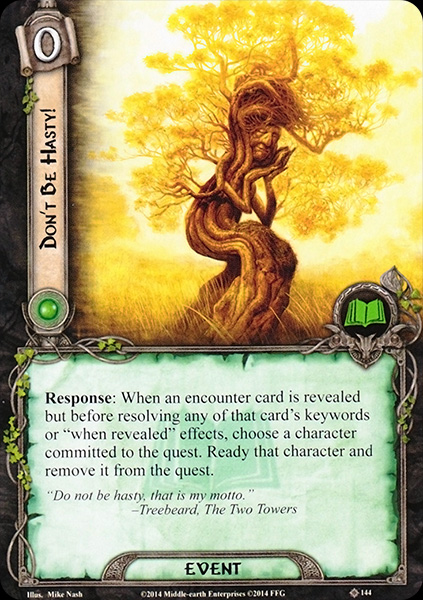