While Skinbark is attacking alone against an Orc enemy, that enemy does not count its .

"He was wounded by the Orcs, and many of his folk and his tree-herds have been murdered and destroyed." Treebeard, The Two Towers
Dimitri Bielak

The Land of Shadow #6. Tactics. 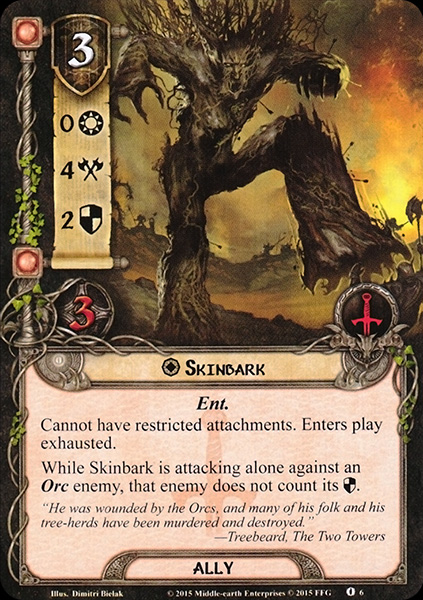