Combat Action: Discard a Rohan ally you control to choose an enemy. Deal 2 damage to that enemy (4 damage instead if the ally was unique).

Then the heart of Éowyn changed… suddenly her winter passed, and the sun shone on her.
—The Return of the King
Anato Finnstark 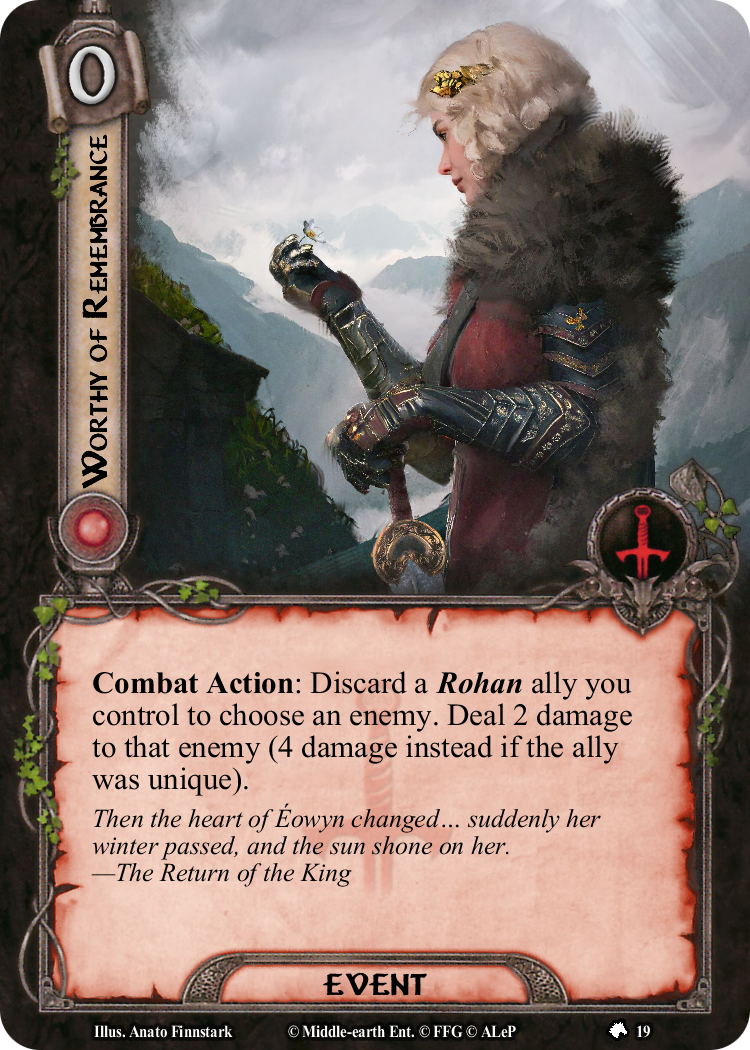 As if Helm! Helm! needed any more nails in its coffin. Yes, Worthy of Remembrance only deals damage instead of straight-up discarding the enemy, but it's cheaper, the ally doesn't have to be ready, the enemy doesn't need to be engaged with you (giving Worthy at least a niche in some quests in the form of blowing up archer enemies in the staging area) and most importantly you can trigger this before enemy attacks. However, to me there is one major flaw with this card, one that makes it much harder for me to justify including it in a deck;

It isn't called ...And the World's Ending! to more directly parallel Ride to Ruin. Huge missed opportunity on the developers' part.