Attach to a Rohan character.

Attached character gets +1 (+2 instead if attacking an enemy in the staging area).

Right through the press drove Théoden Thengel's son, and his spear was shivered as he threw down thier chieftan. The Return of the King
Jon Bosco 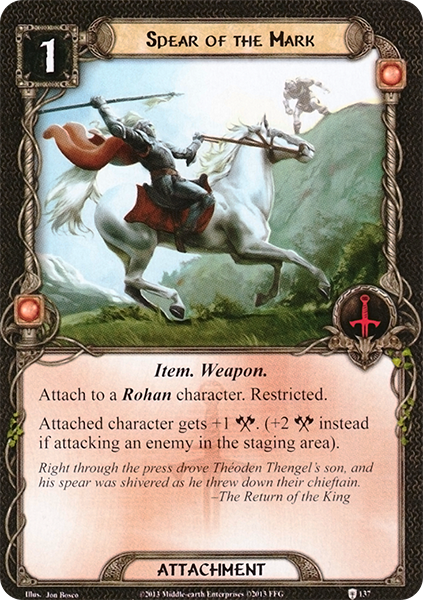 In single player, attacking enemies in the staging area is rather niche because only one encounter card is revealed each round, making it unlikely that an enemy will appear on a regular basis. However, in multiplayer these decks are far better (and really fun) due the the greater number of enemies revealed. Not the most splashable weapon in the world, but it the right deck, it works very well. Give it a try, it might surprise you.