While there is at least 1 side quest in the victory display, ready Thalion at the beginning of the combat phase. 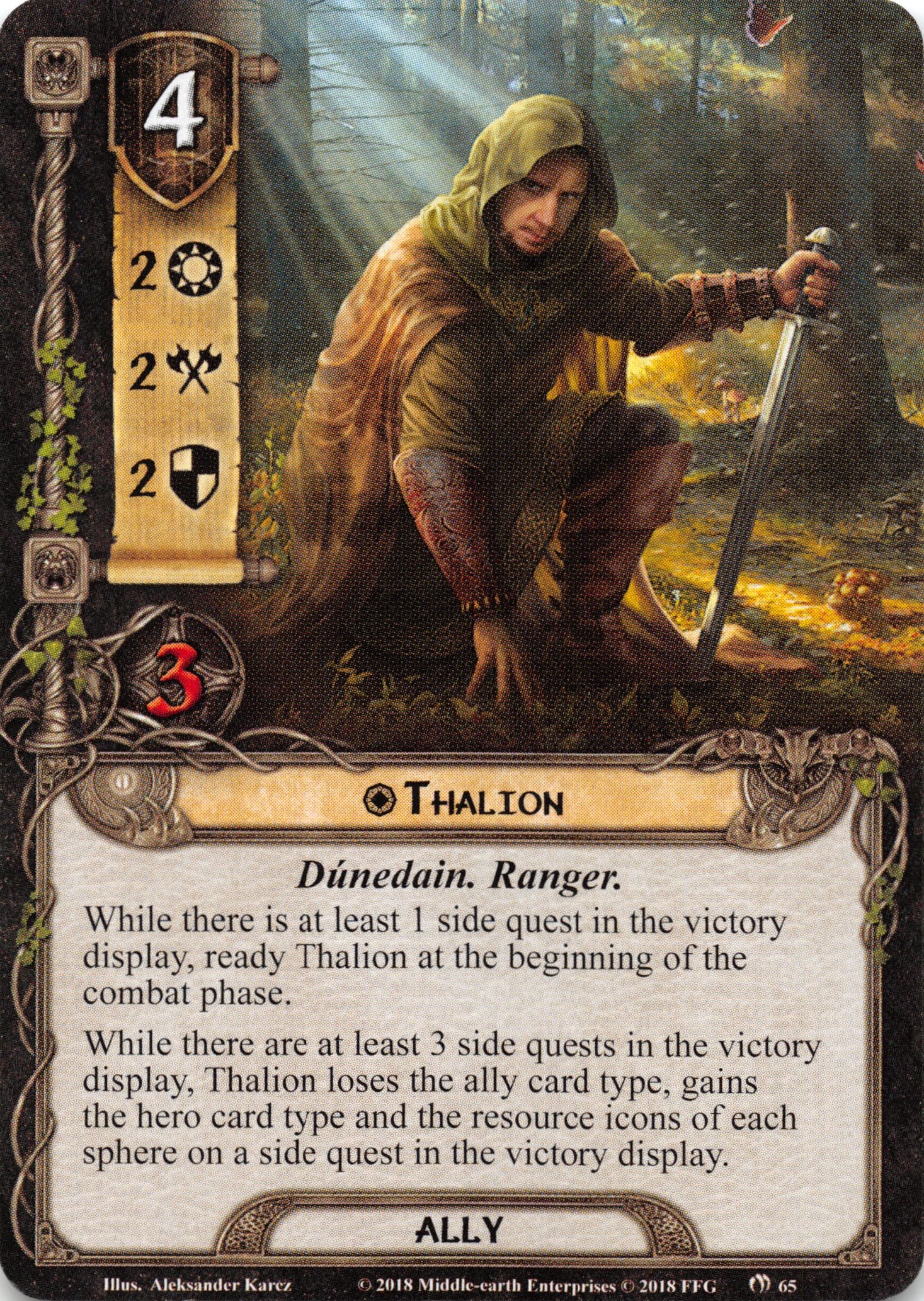 This is not a review per se, but rather me pointing out an easteregg: This card actually depicts Caleb Grace, the main designer for LOTR for the past 7 or so cycles. It is customary at FFG to allow employees of five years to make cameos in their products.

BjoernTorben 36
I’m unclear what happens to ally-only attachments when Thalion becomes a hero. — Nystrum 29 8/31/22
There are only a handful of such attachments in the game: Born Aloft, Defender of the West, Squire's Helm, Sword of Morthond, and Valiant Determination (I believe). So this is an edge case. While the attachment would remain in play (they say only &quot;Attach to an ally&quot;, so once it's attached, it's in play), I'm not sure if the bonuses would still apply. For instance, Squire's Helm reads, &quot;Attached ally gets +2 hit points.&quot; So you raise a good point -- a strict reading would suggest that the attachment remains in play, but it's effects no longer apply. — kjeld 463 8/31/22
+ Wild Stallion — Nystrum 29 8/31/22
kjeld, your analysis is sound. The way the ally cards are written, stay in play but effect lost, must have been the intent. — Nystrum 29 9/1/22
Loose cite taken from Silmarillion: Thalion is a word glossed as &quot;strong, dauntless, steadfast&quot; (Sindarin) and &quot;hero, dauntless man&quot; (Noldorin; pl. thelyn) — Flrbb 165 9/17/22