Response: After Weather Hills Watchman enters play, search the top 5 cards of your deck for a Signal card and add it to your hand. Shuffle the other cards back into your deck.

"Rangers use runes, and they come here sometimes." Aragorn, The Fellowship of the Ring
Kim Sokol 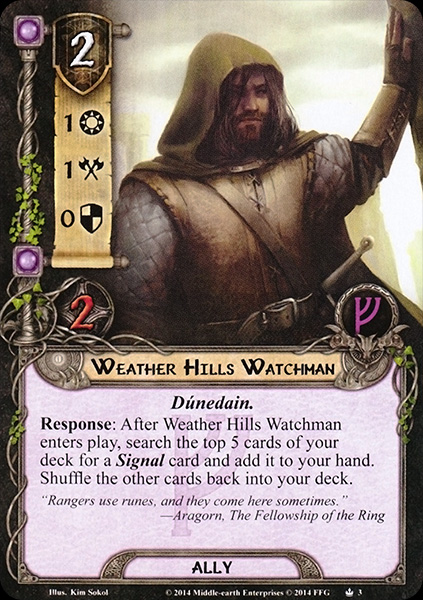 Thies 55
Agreed on all counts. Another unfavorable comparison would be to Westfold Horse-breeder, who has a similar action but digs 10 cards deep and for one less resource. — SchadenfreudeNE 153 7/22/21
3