Combat Action: Play a Silvan ally from your hand. You do not need a resource match for this ally. (Limit once per round.)

"It is a crime to wander in my realm without leave."
The Hobbit
Magali Villeneuve

Fire in the Night #56. Leadership. 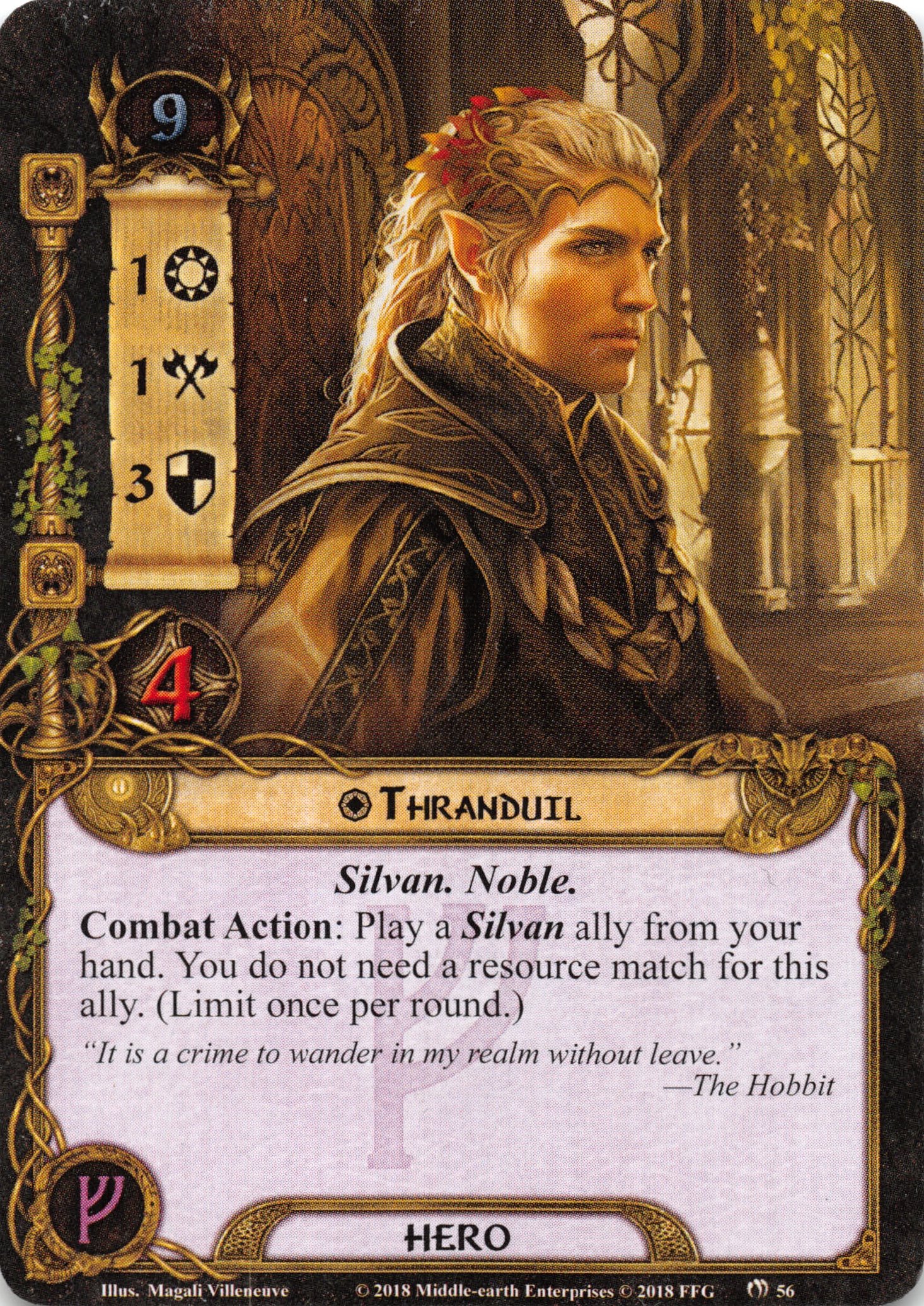 One of my favorite heroes in the game. Although his stats aren't great, his defense is really high for a Silvan, and his threat is low enough to fit into many hero combinations. I love pairing him up with Celeborn, and maybe even a hero like Leadership Faramir. Silvan allies can be pretty powerful, and this guy gives you access to out of sphere Silvans with the only caveat being once per round. The only downside is his weak will and attack, but that can be remedied in a variety of ways; although it might be best to just use his strongest stat and have him as a dedicated defender with some tweaks. An underappreciated hero that deserves some attention.

edit: I searched RingsDB and as of now there is only ONE deck featuring Thranduil. He really is an overlooked hero and I'd like to see some more decks and ideas with him; I'll be doing my part soon and I'll report the results.

I just realised Thranduil is really good in a Bond of Friendship deck. His noble trait (and your high starting threat) enables Shining Shield (combine with Cloak of Lórien and you have a 6 character), but the best part is his ability.

It solves one of BoF's drawback (resource smoothing), so you don't have to rely on The Storm Comes or A Good Harvest. It opens up slots in your deck and starting hand options (imagine mulliganing for a Legolas on first turn !)