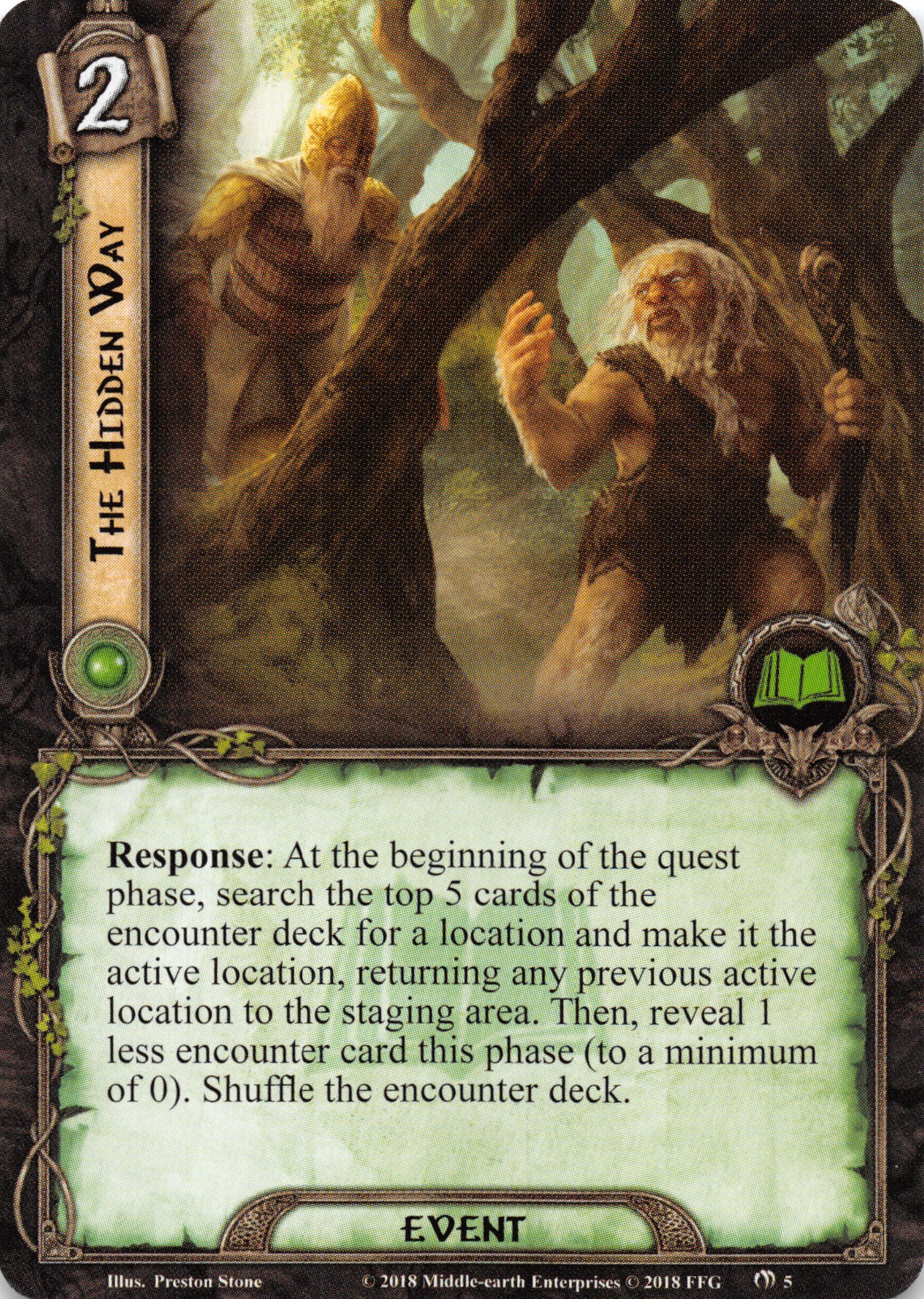 This card is good especially if there is no active location. I play it in a deck with Bilbo Baggins Gildor's Counsel and Good Meal with great results. There are many quests where there is no starting active locations. Having this out turn one will put you ahead on board. Unlike Gildors council this card works well for solo play as it reduces the number if cards to a minimum if 0. The only question I have is if it whiffs on finding a location I am unsure if the effect still goes off. Thankfully every time I've played it thus far it has found a location. Last night I was playing fate of wilderland and we were pretty far into the game with a bunch of allies. I played this card and found hills of wilderland on top, for that alone this card was worth the include.

JTG81 66
What happens with traveling effects? Make it the active location sounds like an instant effect. But that cards title as well as those rules with engaged/engaging enemies suggest that a travel effect would still trigger. — Flrbb 165 12/15/19
To answer the questions in the review and comments: No, if there are no locations in the top 5 cards, the second part of the effect doesn't resolve since it is preceded by &quot;Then&quot; (see FAQ). And no, you do not resolve any travel effect. Travel effects are a cost to travel to a location in the travel phase. Travelling to a location implies changing the active location, but not the reverse. Otherwise errata'd Thror's Map would be literally useless. Compare the wording of this card along with e.g. West Road Traveller and Distant Stars, vs. Strider's Path and Ghân-buri-ghân. — 3ric 117 4/19/20