Response: After Meneldor enters or leaves play, place 2 progress on a location.

...Meneldor young and swift. -The Return of the King
Dmitry Prosvirnin 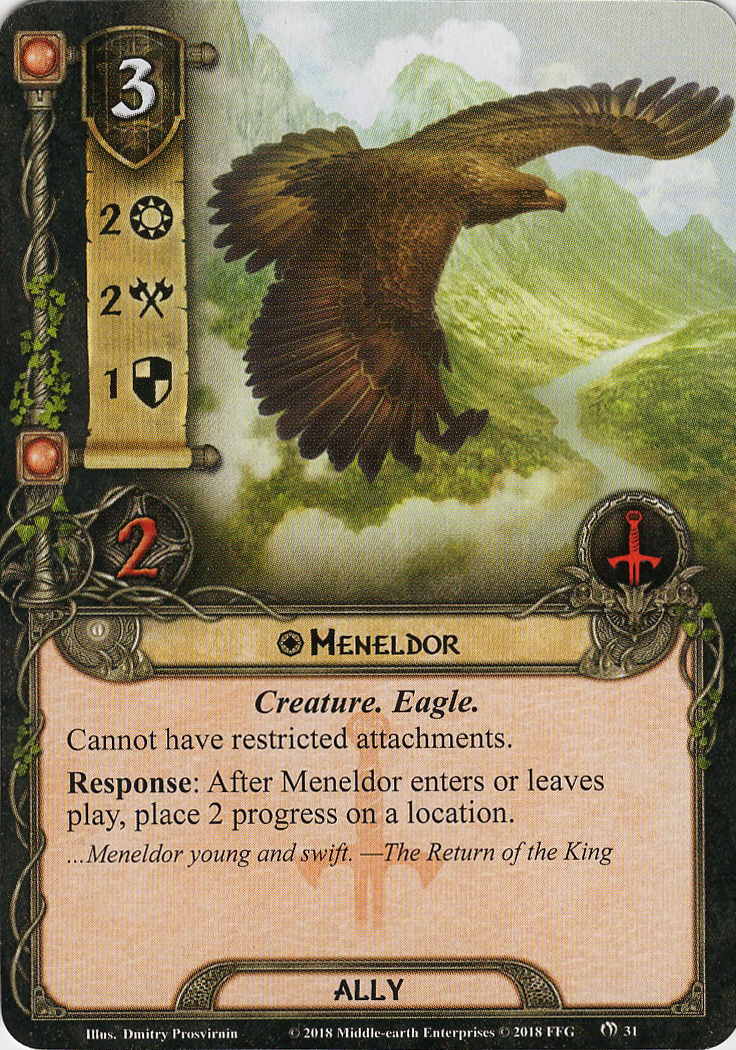 Eagles have been known to be very powerful for combat but... not much else. With the release of Meneldor, the players playing the eagle deck can actually contribute something to the questing power and the other players won't have to carry you so much.

We already know the ability is great but Meneldor comes with a bonus, it has 2!. You rarely see that in a ally and near never in a eagle. I'm glad that Fantasy Flight designed more eagles for the archetype and didn't make them combat heavy like the others.

The best tool actually at Tactics disposal to fight againts locations, and also with a nice 2 and to boot. Can be at home in Eagle decks, Hirgon decks but also more general mono-Tactics ones. The artwork is also amazing.