A Rose for Rosie

published: Feb 24, 2020 22 13 2 1.0
The gameplay simulator is an experimental feature and is currently only available for those that support RingsDB development on Patreon.
Edit Delete Copy Log a Quest 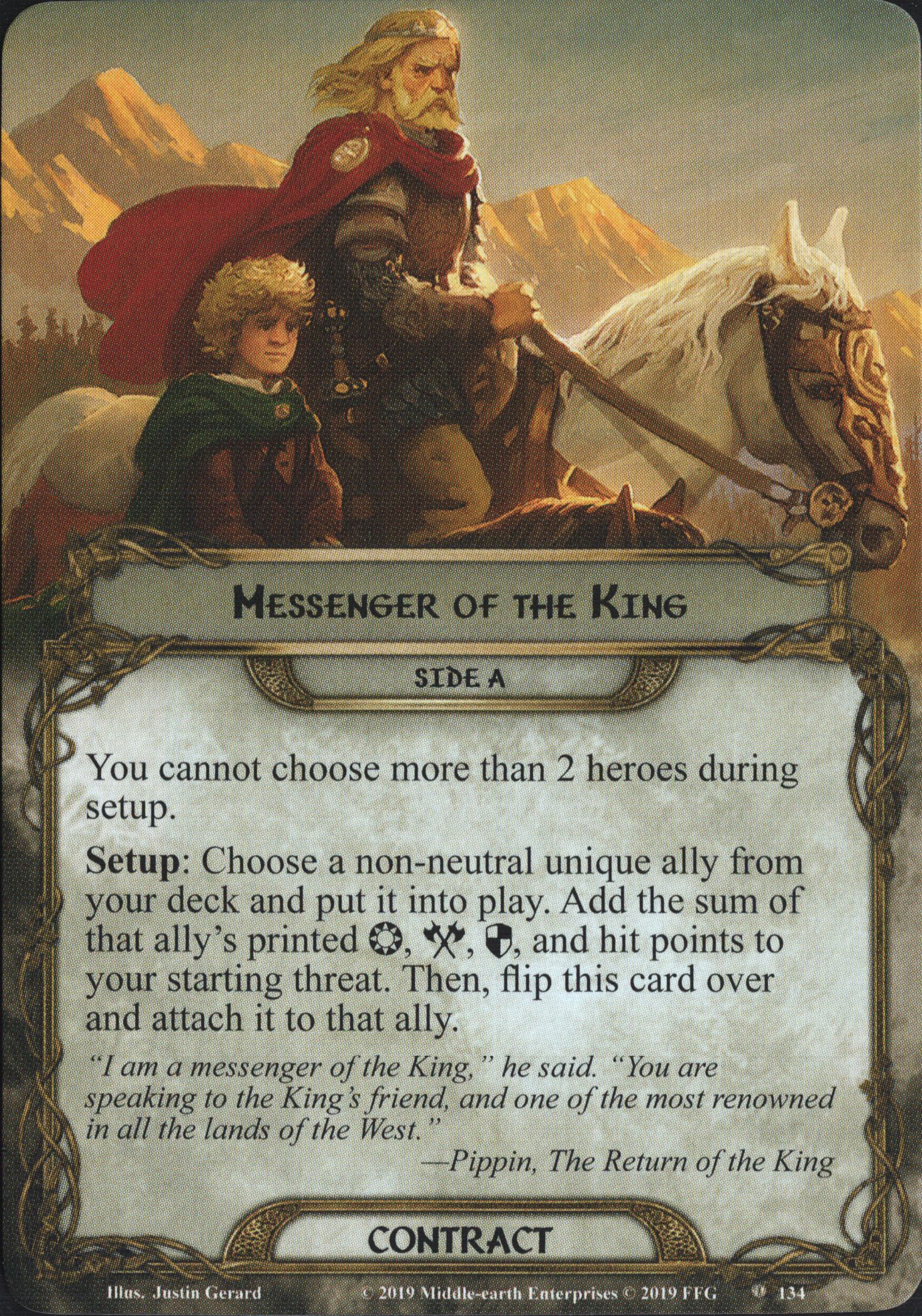 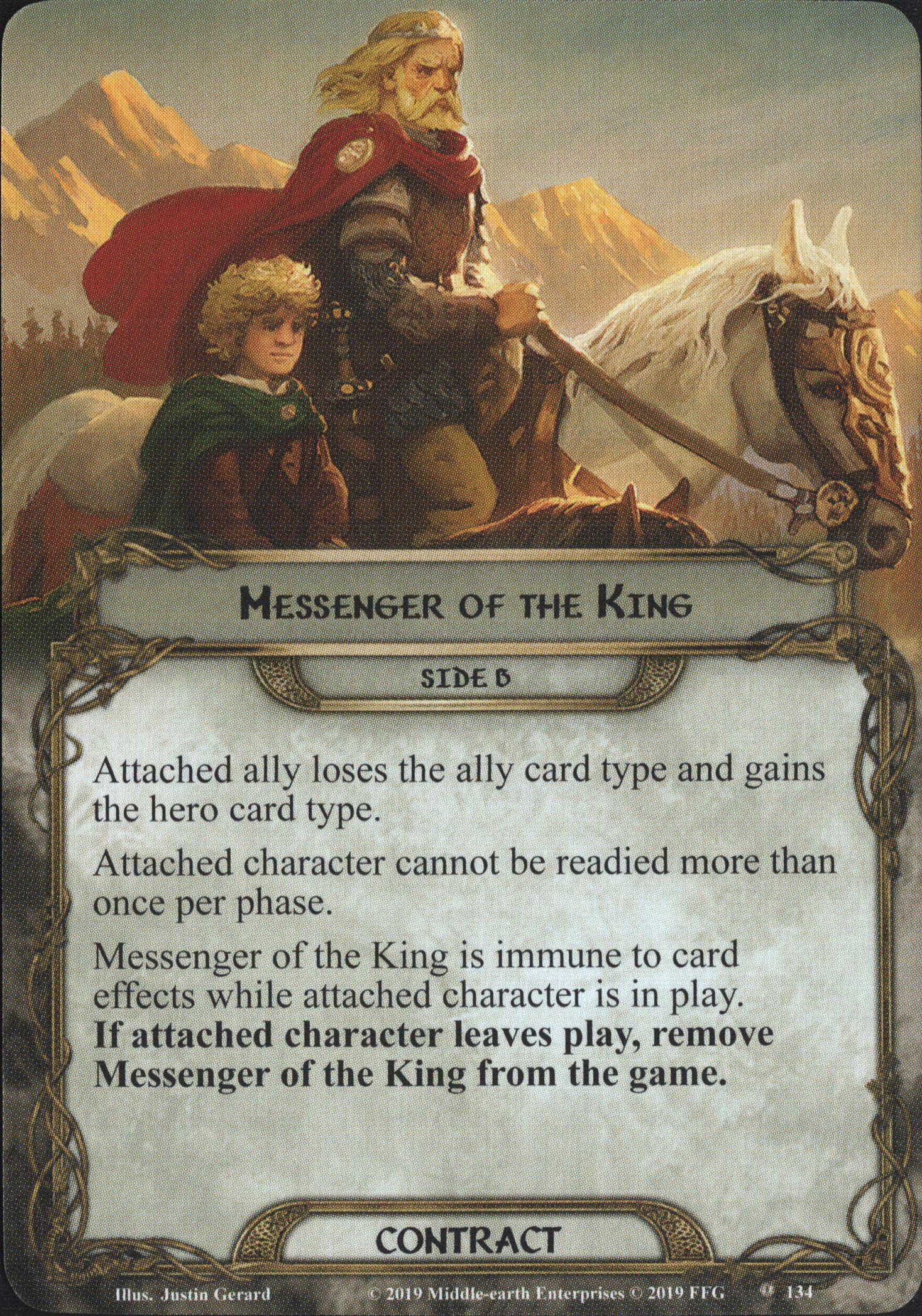 The new Messenger of the King contract is a game-changer. The ability to convert any unique ally with a sphere into a hero opens up so many deck builds. Of course, my mind immediately went to my favorite ally to turn into a hero: (MotK) Rosie Cotton.

Rosie has a fantastic and powerful ability to boost a stat of a Hobbit Hero using her . Before this contract I used her to amazing effect by first turning her into a hero via Sword-thain, and then loading her up with boosting attachments. This process, was expensive and took time to set up, but was worth it. Now, everything has changed.

With this contract you start the game with her in play, and as a hero. That frees up 5 slots in the deck that were taken up by extra copies of Rosie and 3x Sword-thain. Those extra copies were dead cards once one copy was in play, also any boosting attachments were dead until you had Hero-Rosie.

For this deck I decided on Pippin and Frodo Baggins as my other hobbits. A starting threat of 17 allows a couple turns of secrecy (more if you find The Shirefolk) to get a Resourceful on Rosie and find some Timely Aid and secrecy allies. Don't be afraid to keep Gandalf in play the whole game if you find him early.

This deck also has The One Ring, which Frodo should hold onto. Find Inner Strength and boost him to 3 . With the ability to remove a shadow and Frodo's ability you can take on any enemy early game. But this deck offers a couple more ways to defend. You can use Rosie to boost Frodo's defense, or use Gaffer Gamgee since you will have low threat for most of the game. Gaffer can return into play easily if Rosie has Song of Wisdom.

With abundant card draw you will find all the pieces you need, with the low starting threat you can manage the enemies easily at your discretion. I have beat Journey along the Anduin, Wastes of Eriador, Escape from Umbar, and Caves of Nibin Dum.

If you are unfamiliar with how the deck works, here is the general idea: Use Fireside Song and songs to boost Rosie's , along with Celebrían's Stone and Friend of Friends. It is not uncommon for her to have 8 mid-game. Then, use Fast Hitch to use her ability once during the questing phase (send Pippin on the quest) and once during combat (keep Frodo ready for combat).
But wait, there is more!
If she has 2 Fast-hitches you can commit her to the quest, ready her, and then boost herself or another Hobbit Hero and still have a Hitch to use for combat to boost another hobbit hero. If you only needed her once during questing, use her twice during combat because you can declare her a defender or attacker and then ready-exhaust to boost herself.

If you are playing the saga quests, swap Frodo for Merry, drop the Ring and Inner Strength for Fellowship cards.