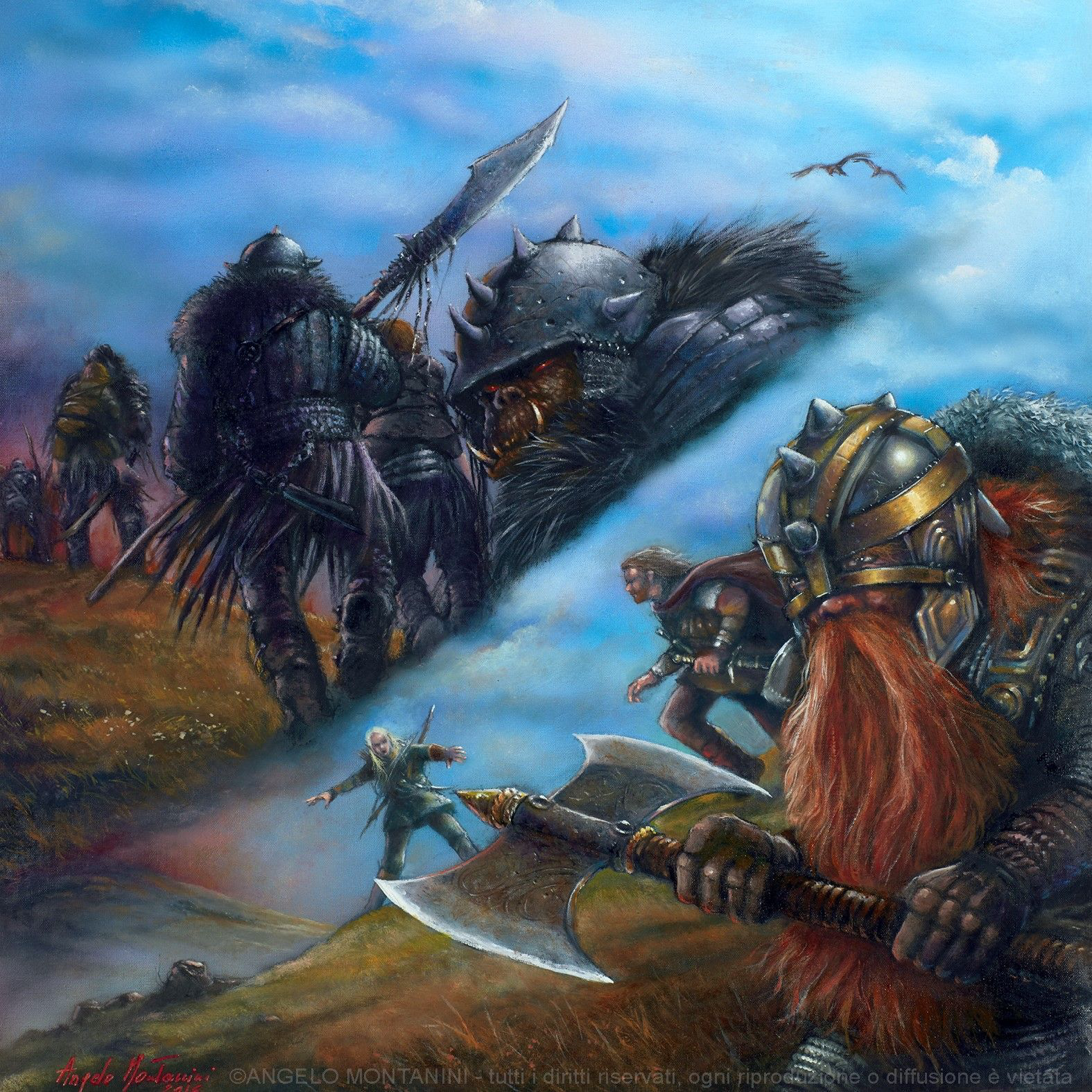 Note on the campaign rules and theme

This is a weird moment in the campaign, as the storyline of Frodo Baggins and Aragorn separate. It's difficult to stay exactly thematic here, as you choose your captives in The Breaking of the Fellowship and are supposed to keep the same heroes for The Uruk-hai. You only get to "freely" change your heroes at the beginning of Helm's Deep. I always found that a bit weird, I would have allowed the free change at the beginning of the Uruk-hai, least Sam Gamgee could not ever be chosen as a hero in The Road Darkens story arc.

So I would be taking a bit of liberty here and allow ourselves to change freely heroes at the beginning of The Uruk-hai, but not at the beginning of Helm's Deep... however, since I like even more "playing by the rules". We are going to take the threat increase! Bim.

A lot of changes were made from the previous iteration of the deck Servant of the Secret Fire. But it honestly plays the same, so you should refer to the description in the aforemetioned link. Between the two decks, it's a shameless Unexpected Courage x6 and A Test of Will x6, we need all that we could to cast the Ring into the crack of dooms as those two decks are the ones that are gonna stay with Aragorn until the end now (with minor changes probably that will detail and adress later).

Specifically for The Uruk-hai, since Pippin is a captive:

And Woe to Them if we Prove the Swifter

Plays as your usual Forth, The Three Hunters! deck. That one can be a bit slower to get going, but nothing too scandalous.

The line-up changes depending on the quest:

Changes are made from the previous deck, that it took its inspiration from If by my Life or Death I can Protect you, I Will but it still kinda pilots the same.

Specifically for The Uruk-hai quest, since Legolas is a captive so we swap Merry for Merry :

The Uruk-hai: 1/3 ~ It had to happen. Our first defeats! And what sad defeats, each time beauce Eowyn died to a Treachery direct damage, which should never had happened if I had played properly. I blame myself for those defeats. The third time without actually being dumb came out quite alright, easy enough with a Thorongil Éowyn one-shooting Ugluk. => we chose Leader of Men for Éowyn and Forewarned for Aragorn.

Helm's Deep: 1/1 ~ I thought we would die on numerous occasions as I wanted to bypass the first quest card avoid taking Poisoned Councils, but we did not die. In fact, the encounter deck did not get past the quest card 2B, and we had a Deeping Wall as an active location the whole game. A clean victory. => No change in the campaign pool / campaign log. 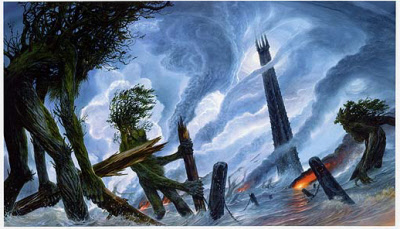 The Road to Isengard: 1/1 ~ No issue whatsoever here. The beginning can be a bit tough, and we spent 2 turns to get 2 Ents. => No new burden, but we earned the Palantir of Orthanc.

Since we did not change our hero line-up at the beginning of The Flame of the West story-arc, I am going to put that here. Of course, we took the +2 additional starting threat penalty due to the choice made at the end of Passage of the Marshes, and we switched to Aragorn (the best one IMO).

The Passing of the Grey Company: 1/1 ~ No real difficulty, but we had no threat reduction whatsoever, except for Merry, so we had to be quick. Fortunately, a well-timed (means: early) Steward of Gondor on Aragorn helped us getting rid quite easily (and also be able to take them back to avoid otherwise nasty effects) of Overcome by Fear. We earned the Army of the Dead boon.

The Siege of Gondor: 1/1 ~ Then again the idea was to be quick, and man we were! Only 5 resources on the Corsair Fleet, which should help quite a lot for The Battle of the Pelennor Field. We removed the Army of the Dead boon from the campaign pool. 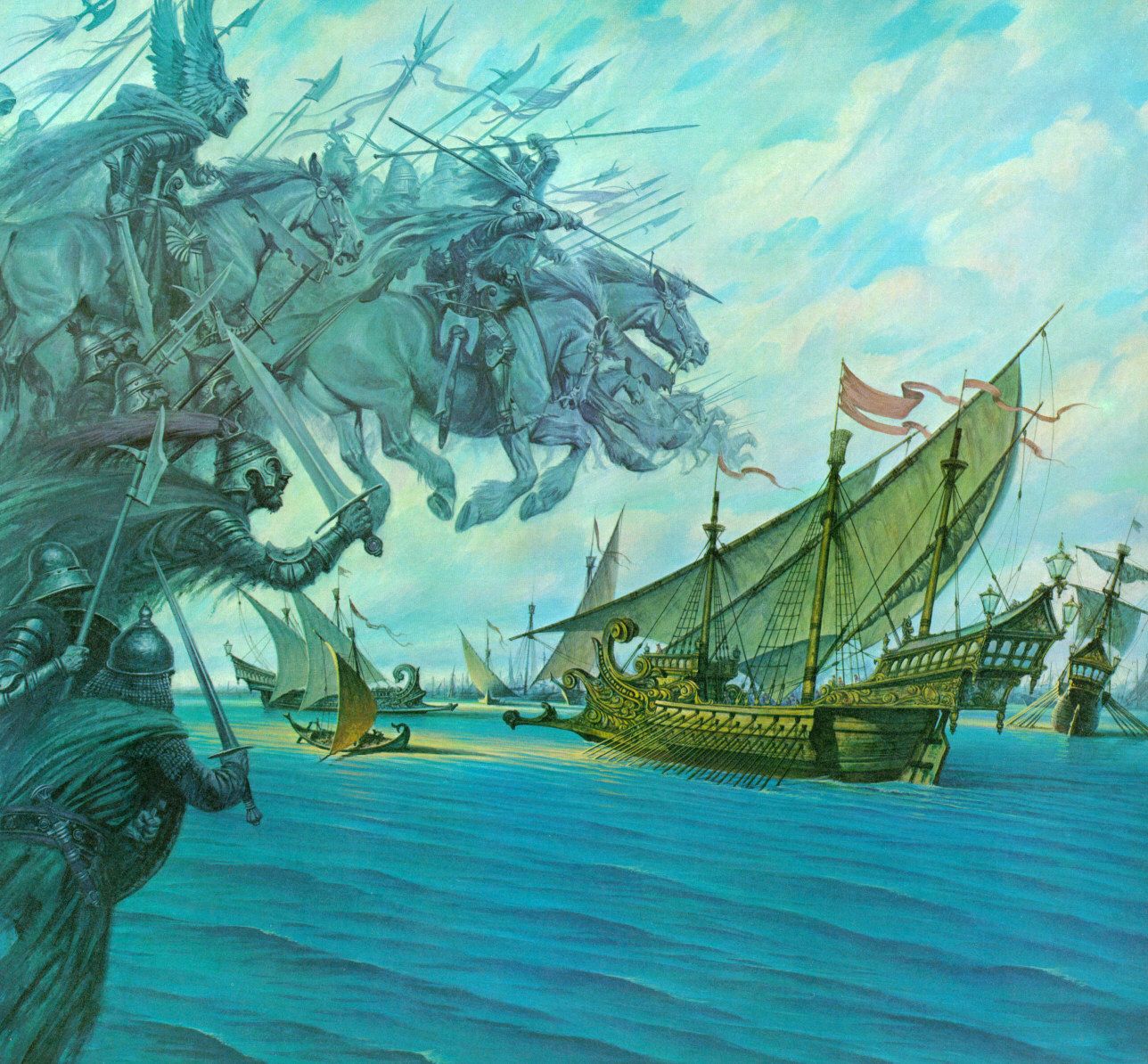 +1 starting threat for each player (change of heroes at the beginning of The Uruk-hai).

From The Passing of the Grey Company onwards: +2 starting threat for each player (choice at the end of The Passage of the Marshes).

Number of resources on The Corsair Fleet: 5.

Enemies under the Black Gate: